The transport commission of the Austrian Chamber of Commerce (WKÖ) congratulated us as they presented us with the 2013 Export Award.
We are very pleased to have received this recognition of our achievements in the field of transportation, and of the contributions we have made towards the success of exports for our country.

Because of the history of our company, this award is even more special to us. The delivery of new commercial vehicles in the Orient on their own axle was initially a summer job for our company director, Franz Blum, beginning in 1980. This summer position helped pay for his law degree. In 1990, his passion for travel and truck driving led the young attorney to start his own company in the commercial vehicle industry.

Even Alexander Klacska, head of the transport commission of the Austrian Chamber of Commerce, was happy about our success and noted during the presentation of the award: "This company’s success story is inspirational and proves that entrepreneurs can be successful in niche markets. Their export performance of over 95% proves that even difficult markets can be conquered with expertise and determination. Delivery of all makes and models of commercial vehicles into more than 50 countries is a display of confidence in the Salzburg company and its innovative founder."

”We are all winners, because a small export-oriented market economy like Austria is successful when everybody does what he or she is skilled at.” 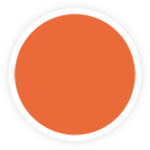